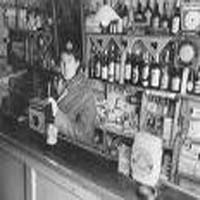 Robert Shaw, whose death at the early age of 51 will be sincerely regretted, was one of those strangers who win their place in Irish hearts in a way that is not given to many people. His secret was that he liked people and in consequence they liked him.

Many people will remember his description on RTE a couple of weeks ago of Tourmakeady in Co Mayo as possible the only completely unspoiled place in which he had ever lived. His home for the last three years had been the Plunkett family home, close by which he suffered the sudden heart attack from which he died.

Shaw was, as was Bing Crosby, who had a much longer connection with this country, a man of simple tastes; indeed one of his staged ambitions was to buy a public house in the Tourmakeady district and serve behind the bar.

Tourmakeady is, of course, an Irish-speaking area and Shaw, as befitted a native of Cornwall, was deeply interested in the Celtic tongues. He would have preferred to be remembered by his books, but most of his admirers will associate his name with his remarkably successful films, notably as the shark-hunter in "Jaws", though his Henry the Eighth in " A Man For All Seasons" deeply impressed the critics.

There are many people in the Tourmakeady area, of course, who never saw Robert Shaw in any of his famous films but who knew him and cherished his friendship. To them he was not a star, just a neighbour, a friend, a man who would go behind the counter in his local pub and draw his own pint when business was unusually brisk.

He had a full life, both as a family man and as an artist. In 1961 he won the Hawthornden Prize with his book "The Sun Doctor", a success which he valued more highly that the millions of dollars his films brought him.

The world will probably remember his best as the tough guy he so frequently portrayed on the screen. But in Tourmakeady the memories of him will be different. "I love Ireland more that any other country in the world" he once said. Could anyone have paid us a higher tribute.

Robert Shaw honoured in Tourmakeady.  Memorial to late ‘Jaws’ actor marks beginning of a week of music, culture and language

JAWS actor Robert Shaw has been immortalised in his adopted village of Tourmakeady after a stone memorial was unveiled in his honour last weekend.

The memorial, overlooking Lough Mask, bears an inscription to the actor who died almost 30 years ago in the Gaeltacht village. Mr Shaw had lived in Tourmakeady for seven years and was extremely well-liked within the close-knit community. His widow, Virginia, two of his sons, Colin and Tom, and daughter Penny, were special guests on Saturday last when the memorial was unveiled.

“They were really delighted with it. In a way they were shocked and surprised that we decided to do it so they were very happy and they enjoyed the day,” said Connie O’Toole, who helped organise the event.

The Lancashire-born actor died in 1979, at the age of 51, close to the spot where his memorial now stands after suffering a fatal heart attack while driving home from a golf outing with friends. Seán Ó Conghaile, master of ceremonies at Saturday’s unveiling, recalled Shaw as a gregarious, friendly man who ‘always spoke to the people and was at home in anybody’s company’.

The famous actor, best known for his role as the boat-owner ‘Quint’ in Jaws, moved his family to Tourmakeady in the early seventies and immersed himself in the community where his children attended the local school. Mr Shaw was remembered as ‘a great man, a man who had great affection and appreciation for his adopted area’.

Colin Shaw told the hundred-strong gathering that the death of his father, who also appeared in The Sting and From Russia with Love, had cast a long shadow.

“Offscreen he remained a family man. He valued the privacy that he found in Tourmakeady. He had a deep affection for the landscape and the people of Mayo and would be absolutely delighted that he is being commemorated locally,” he said.
Mr Shaw’s widow, Virginia, who was living with him in Tourmakeady when he died, said it was an emotional time. She said Shaw loved Tourmakeady and declared he had discovered ‘the most wonderful place on earth’.

“He was a wonderful person. He was fun, generous, naughty, drank too much and loved his children,”she said. “He just wanted to be himself. He wanted real life. Tourmakeady gave him that. He didn’t like the razzmatazz of Hollywood.”